Exciting announcement of a new dirt-cheap machine-less DNA sequencing technology. If their promises hold true, this technology will be a game-changer for those of us working with “emerging” non-model organisms because: 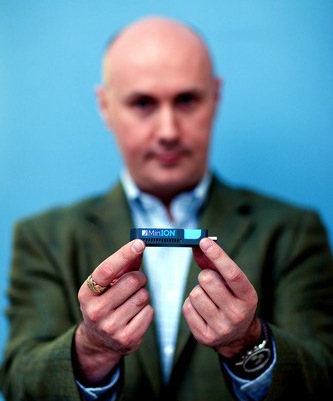 High error rates are problematic in short reads because they introduce ambiguity making it challenging to align and assemble these reads. However, this is much less of an issue with longer reads: A 100,000bp region will remain uniquely identifiable even with Oxford Nanopore’s currently high error rate of 4%. And because for assembly you will use multiple reads representing the same region, error rate of assembled sequence will be low: if two reads overlap, your consensus sequence for the overlapping region will have an error of 4% * 4% = 0.16% (supposing that the errors give lower quality scores than normal sequence). If you have 3x coverage or more, you can resolve most errors unambiguously…