Scientists from Queen Mary University of London have found that harmful mutations accumulating in the fire ant social chromosome are causing its breakdown.

The chromosome, first discovered by researchers at the University in 2013, controls whether the fire ant colony has either one queen or multiple queens. Having these two different forms of social organisation means the species can adapt easily to different environments and has resulted in them becoming a highly invasive pest all over the world, living up to their Latin name Solenopsis invicta, meaning “the invincible”. 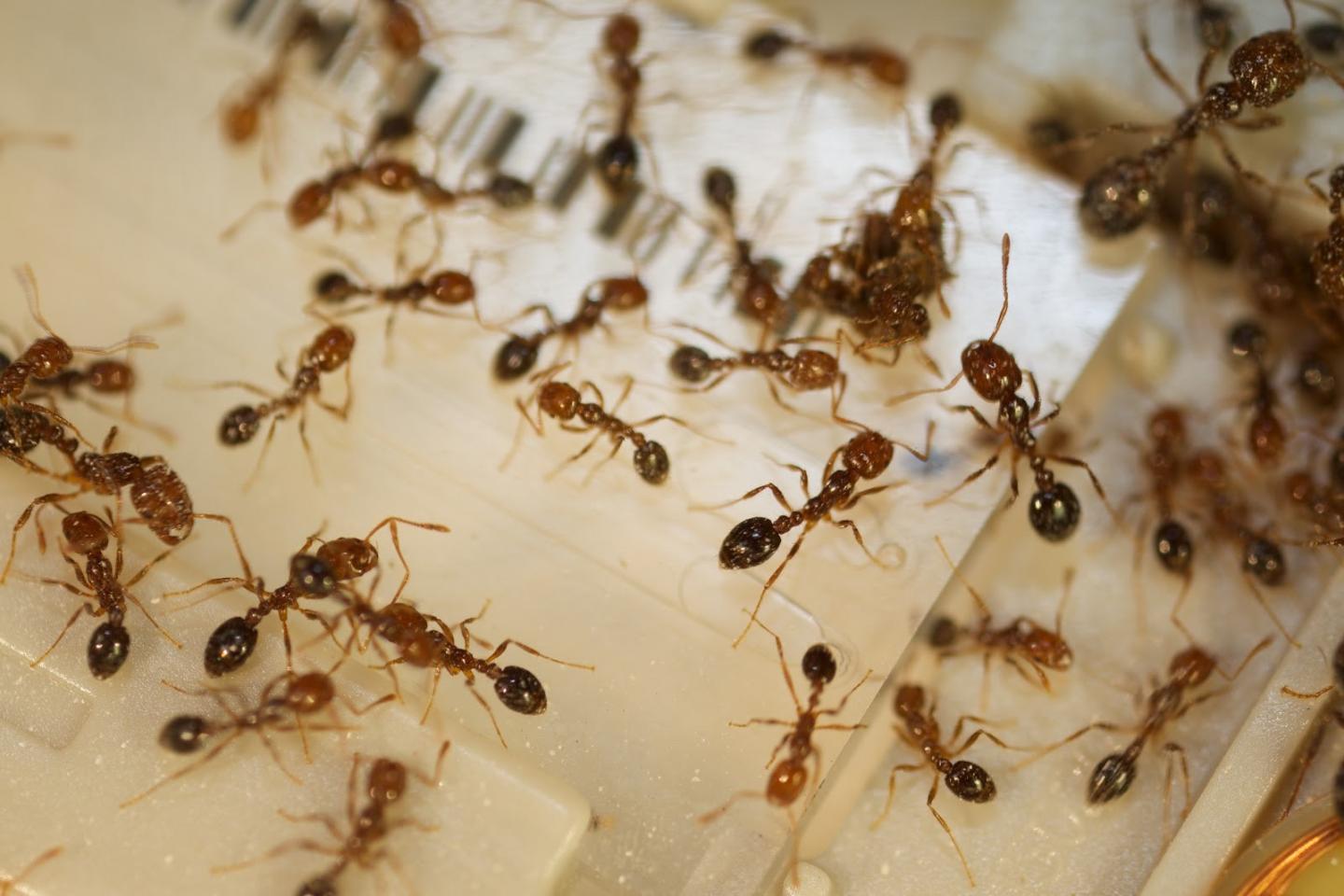 For the new study, published in eLife, the research team performed detailed analyses of the activity levels of all the genes within the social chromosome for the first time to understand how it works and its evolution. They found that damaging mutations are accumulating in one version of the social chromosomes, causing it to degenerate.

The findings also showed that most of the recent evolution of these chromosomes stems from attempts to compensate for these harmful mutations.

Natural selection is the main evolutionary mechanism that helps to optimise genes over generations but normally, it cannot simultaneously optimise genes for two different types of social organisation within one species.

To overcome this evolutionary conflict, social chromosomes group together genes adapted to each type of social form. The results of the new study show that this solution prevents the removal of harmful mutations from the genome and as a result, these mutations accumulate over time and begin to dominate the fate of the system.

The social chromosomes in fire ants are a rare example of a direct link between genes and social behaviour. They work in a similar way to the X and Y chromosomes in humans, which determine sex.

This discovery has wider ecological and medical implications because genomic structures similar to social and sex chromosomes can not only help species adapt to changing environments but also underpin diseases such as cancer.

Initial benefit has a long-term cost

Dr. Martínez-Ruiz, lead author of the study from Queen Mary University of London, said: “Our results show that the initial benefit of nature combining genes into a social chromosome has a cost. One million years later, most of the differences we see between social chromosomes are due to the accumulation of negative mutations.”

“We also see that the rest of the genome adapts very quickly in response to negative mutations,” added Dr. Wurm, Reader in Bioinformatics at Queen Mary and senior author of the study. “This is how evolution works, by adding patches to imperfect solutions, rather than by finding the most efficient solution.”

“Despite the degeneration of the social chromosomes, the fire ants are unlikely to lose them anytime soon. This would require another major chromosomal reshuffling – such events are rare and usually lethal,” Dr Wurm continues. “However, over long evolutionary timescales, anything is possible. Most of the 20,000 species of ants either have only single-queen colonies or only multiple-queen colonies. We are now trying to understand whether social chromosomes are required for changes in social organisation.”

The study builds on earlier research by the authors on the evolution of social chromosomes. They have previously identified differences in genes for chemical communication that may be responsible for perceiving queens, showed that one social chromosome has doubled in size, and that this social chromosome lacks genetic diversity.